On 25th April 1974 at 12:20 am Grandola, Vila Morena was played on Portuguese radio marking the beginning of the end for not only the Estado Novo regime, but also of one of the last significant European colonial empires. The Carnation Revolution, so named after its peaceful nature and the placement of the flower in muzzles and on the uniforms of armed men, was organised by the mainly left-leaning Armed Forces Movement (MFA). Much of the planning took place outside the country in African colonies such as Angola, Mozambique and Guinea-Bissau, countries that were to gain independence after the end of Portuguese Colonial War, a cause, but also a result of the coup. Following the revolution the MFA condemned Portugal's foreign policy under the Estado Novo, stating that they had been unable to achieve peace "between Portuguese of all races and creeds". This statement owes a lot to the ideas of Lusotropicalism and Pluricontinetalism, terms that are used to describe Portugal's unique colonial experience. Through this we can see how the Estado Novo legitimised its actions in Africa, far past the decolonisation by other European nations in the 1950's and 1960's.

Pluricontentinetalism embodies the concept that Portugal was not a colonial empire, but that its overseas possessions formed part of Portugal, rather than separate colonial possessions. The idea has its origins in the 14th century, but one of the most prominent examples was a result of the Napoleonic Wars. After Napoleon Bonaparte's invasion of Portugal in 1807 the Portuguese Prince Regent, the later King John VI decided to take refuge in Brazil. John (his mother Maria I of Portugal incapacitated) decided to implement several reforms on his arrival, including abolishing the Portuguese monopoly on Brazilian trade, opened harbours to the commerce of friendly nations and repealed laws that had prevented manufacturing in Brazil. Rio de Janeiro would act as effective capital, with institutions such as the Council of State, Supreme Court, exchequer and royal treasury being installed, as well as his ministry. With the defeat of Napoleon in 1815, some advocated the return of the monarchy to Lisbon, stating the colonial nature of Brazil, but John enjoyed much greater support and freedom then he did in Portugal and so he was not eager to return. However, Brazilian courtiers pushed for Brazil to be elevated from its colonial status, so they could be recognised as nationals of Portugal, furthermore Brazilian nationalists also supported this elevation, as to end its submissive relation.

Therefore, the scene was set, on December 16th 1815 Brazil was elevated to the rank of kingdom and by the same law, The United Kingdom of Portugal, Brazil and the Algarves was created. This transatlantic monarchy did not last long, John later succeeded his mother and was forced to return to Portugal due to radical revolts, on April 22 1821 he appointed his son as regent and two days later left for Europe. Due to growing antagonism between Portugal and Brazil, Pedro oversaw Brazil's transition to independence, becoming it's emperor.

This short-lived Kingdom may seem to diminish the idea of Portugal as a trans-continental state, but it only forms a small part of a complex colonial past, which can only be fully understood through the lens of another idea Lusotropicalism. 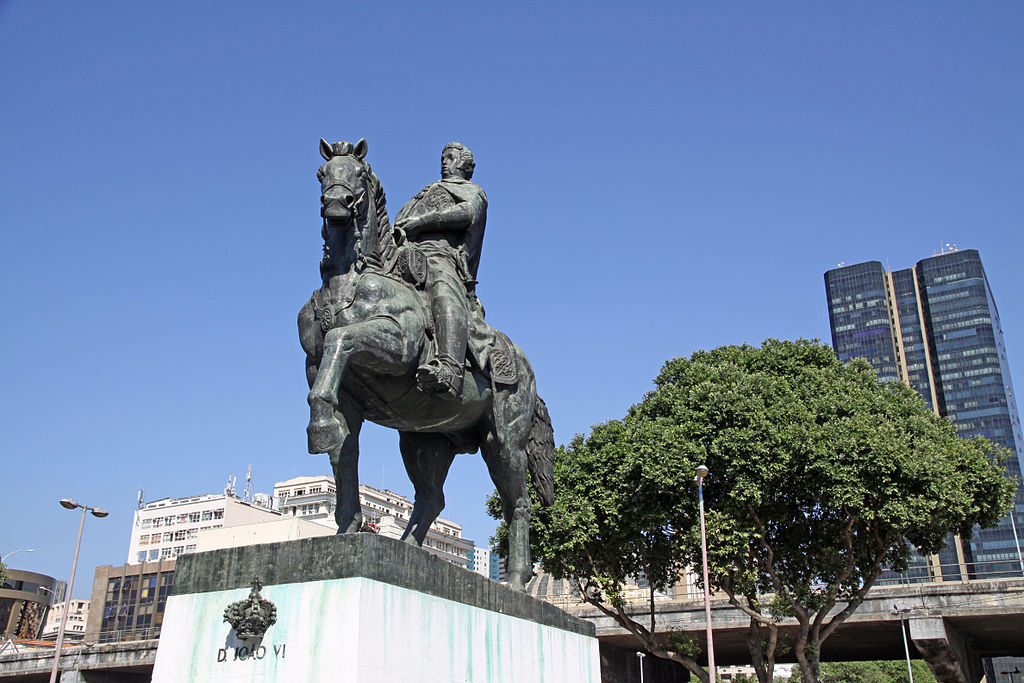 A statue of John VI in Rio De Janeiro (top) and a map of the United Kingdom of Portugal, Brazil and the Algarves (bottom).

Lusotropicalism is most often associated with the Brazilian sociologist Gilberto Freyre. It embodies the notion that the Portuguese are better colonisers and better at miscegenation than other European nations. This in part due to mixed heritage of the Portuguese themselves, with the Celts, Romans, Visigoths, Jews and Moors all inhabiting the area and also due to the warmer climate of Portugal. Therefore, they are friendly, humane and adaptable.

Though Freyre's Book 'The Master and the Slaves' book does explore the formation of Brazilian society and refutes the idea that the Brazilians are inferior due to 'race-mixing', the notion of Lusotropicalism is not explicit in this work, rather it is branded in his later works from the 1950's after his travels through the Portuguese Colonial Empire. Freyre himself commented on how he did not invent the myth of racial democracy (that Brazil had escaped racism) and that even though his books recognised the intense miscegenation in Brazil, they did not claim there was no racism or prejudice. In the 1930's, the time when 'The Master and the Slaves' was published, Portugal was ruled by António de Oliveira Salazar under the authoritarian Estado Novo regime. Due to the collapse of the Portuguese Empires under the monarchy, the east and India in the 16th and 17th centuries and Brazil in the 17th and 18th centuries, Portugal lacked the military, economic and demographic power to occupy its historic African territories.With the 'Scramble for Africa' by European nations taking place in the late 19th century, it was not until Salazar's reign that a proper colonial enterprise was set up in Africa, this being a colonial regime with genuine institutions and knowledge systems.

Also, around this time, in the 1920's and 1930's, much discussion focused on the colonies was still based on racist and racialist narratives. The majority of historians, anthropologists and intellectuals tried to distinguish the Portuguese as a 'white' race, rather than a mixed or 'Mediterranean'' race, furthermore to distinguishing the Portuguese to the Africans. Freyre's ideas were not popular, but the racialist narrative was slowly being replaced by another more universalist, humanist and evangelist, in regards to the expansion of the Catholic ecumene. The Estado Novo regime did not fully adapt Freyre's ideas in the 1930's and 1940's, they did admit for political reason the Portuguese's unique ability to colonise, but racialist policies were still prominent. Armindo Monteiro, Minister of the Colonies, was an adept of Social Darwinism, he did not believe that a brotherly relationship could be held with the natives, rather it was Portugal's  historic duty to civilise them and convert them to Christianity. These views were commonly held in the political and intellectual circles, to varying levels.

Portugal's unique abilities to colonise were at least from the late 19th century part of the national political and ideological discourse, despite the racialist views held. In this instance, the Portuguese's ability for tropical climates and unique relationships with the natives was was shown through history and anthropology which distinguished the behaviour of Portuguese colonists in Africa compared to their Northern European counterparts. Change was imminent after World War II due to to the condemnation of the projection of hegemony and racial purity of Nazi Germany. The United Nations Charter of 1945 set out the right of colonised people's to self-determination. The Universal Declaration of Human Rights also had an impact, establishing self-determination as a fundamental right and the UN also ascribed colonial powers with the task of preparing their colonies for independence. These actions began the large-scale decolonisation efforts of most European nations, even so Portugal's African colonies did not gain independence until the revolution in the 1970's.

The UN and the growing pressure from the international community forced Portugal to legitimise it argument's to keep control of its colonial possessions, maintaining the status-quo. This required changes to legislation, doctrinal reformulation and large scale economic development in Angola and Mozambique. In 1951, in the reform framework of the Portuguese political constitution, Salazar proposed to annul the Colonial Act (which he himself introduced,even though it mainly regarded India), integrating it into the constitution with slight changes and differences in terminology. According to the government, the first goal to be achieved was the assertion of national unity, despite dispersion across multiple continents. The term 'Portuguese Colonial Empire' was banned because of its negative connotations, the term 'colonies' was replaced by the 'old' overseas provinces. In this narrative Portugal was a pluricontinental nation, therefore the Estado Novo was unaccountable to the international community in regards to its overseas provinces because they were not colonies, but part of the Portuguese nation.

Although, a tone of assimilation was developed following this, it was not reflected in the treatment of the indigenous populations, The Indigenous Statute, reviewed in 1954, was still denying Portuguese citizenship to the majority of the population in Angola, Mozambique and Guinea-Bissau. Whereas, other 'colonies' such as Cape Verde and India, during the effective occupation of the colonies in the 1940's and 1950's, faced different constitutions. Whereas, the former were seen as distinctly African, Cape Verde and India were seen as part of an ongoing process of miscegenation. India was seen as a completely different civilisation one that had met European Christianity, Cape Verde was seen as regional, rather than colonial and held special rights. 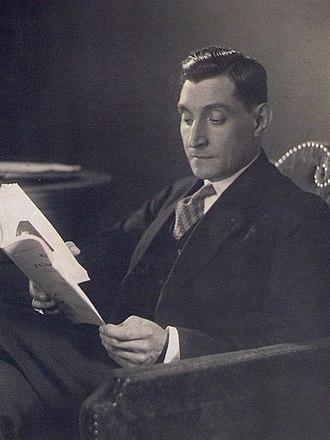 António de Oliveira Salazar (pictured above) ruled Portugal from 1932 to 1968, he was succeeded briefly by Marcelo Caetono until the Carnation Revolution.

The African colonies were becoming important for Portugal's economy and self-representation, at the time the anti-colonial movements were emerging. Beginning in the early 1960's Portugal found itself at war in Angola, Mozambique and Guinea-Bissau until 1974's revolution. By now we can see how a developed ideology not only legitimised Portugal's military actions, but also developed a reason to hold onto to their overseas possessions. They were part of Portugal and the idea was that they were important to their continued independence, Portugal was in this narrative a country spread across continents, it was Pluricontinental.

Lusotropicalism did not prevent racialist narratives, through miscegenation took place in Brazil, Freyre himself denied the myth of racial democracy. The indigenous populations in colonies, especially on the African continent, were not treated as equals, in general. Nevertheless, Lusotropicalism, much like Pluricontinentalism legitimised political actions and it allowed Portugal to hold onto their overseas territories far beyond that of its European neighbours.